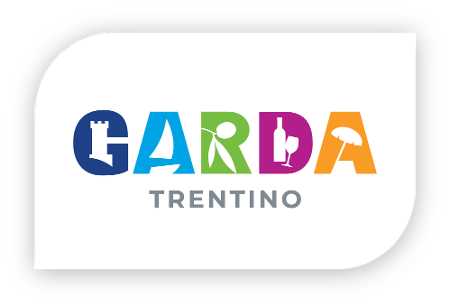 A historical hike up the slopes of Mount Corno, offering magnificent views of Lake Garda, Arco, the Sarca Plain, and Lake Loppio.

This ‘fortified’ hill is located to the north of the town of Nago, and is home to numerous relics dating back to WW1. Along the way, you’ll spot trenches, lookouts, and stations once used to monitor the slopes of Mount Altissimo. This area stood directly in the path of enemy troops advancing from Loppio or Torbole and hoping to climb Mount Corno in order to bypass the defence at Riva and to reach Arco directly. These stations belonged to a larger fortified system built to help defend the territory between Riva del Garda and Loppio.

Since 2010, volunteers and Schützen from the Albrecht von Habsburg Association in Arco have been restoring structures and stations in collaboration with the Castagneto di Nago Association and the Nago-Torbole Alpini Group in order to make them accessible to hikers.

Thanks to the help of Garda Trentino SpA and the Municipalities of Arco, Nago-Torbole and Mori, the Occupational Support and Environmental Enhancement Service in the Autonomous Province of Trento has created a circular route along a stretch of land that marked the border between the Austro-Hungarian Empire and the Kingdom of Italy until 1918.

There is a stunning view of Lake Garda from the area of Perlone and of Predabusa: on clear days you can see as far as Sirmione at the other end of the lake.

The information on this chart is subject to inevitable variations, so this means that none of the indications are absolute. It is not entirely possible to avoid giving inexact or imprecise information, given how quickly environmental and weather conditions can change. For this reason we decline any responsibility for changes which the user may encounter. In any case,  the hiker is advised to check the conditions of the places, environment and weather before setting out.

From Coel car park, near the roundabout on the SS240 road in Nago, follow Via Dosse. After around 100 metres, the road turns into a dirt track and continues uphill. When you reach the notice board at the crossroads, keep right, and continue walking uphill. You can take a quick detour here to the right to have a look at some glacial potholes. At the next junction, keep left and take the access road that leads to Belvedere Cliff. Once you reach the small rocky step, leave the path that leads to the cliff and take the uphill track to the right. The path runs along a rocky crag that is not difficult to traverse but is equipped with a steel handrail nonetheless. From here, continue uphill into the holm oak forest and once you complete the steeper section of track, leave the path that leads to the chestnut grove, and take the well-marked track on the left, which will bring you to the first rifle station (Nago) after 70 metres. Take the circular route and continue west, ignoring the path on the right that leads towards a pylon. You will soon get to a dirt road where you should turn left. The dirt road leads to a lookout area overlooking Upper Garda, and then to a chestnut grove in Nago after another 200 metres. At the two bulletin boards, take the forest road on the left and follow it for 200 metres until you cross Porino forest road. On the opposite side of the road, to the left, a path leads up a hill scattered with large limestone boulders, which were created by a large paleo-landslide. After 250 metres, you will cross a bridleway on the left, which leads to the Busa dei Capitani 200 metres further down the trail. After returning back along the same path for 100 metres, take the path that leads up into the woods on the left. Continue uphill until you reach a well-marked path on the left. A little further on you will come to a junction, which marks the highest point on the Perlone trail and the beginning of the Predabusa trail. If you would like to take a shorter route, continue along the Perlone trail.

Continue uphill on the forest road that runs parallel to the trail above and you will reach the locality of Tre Croci, where you should turn right. You will come to a path that leads up to the right, zigzagging along rocky plates that have been exposed by the flow of water over time. Continue up up the slight slope until you reach a three-way junction. On the right, a short detour will lead you to the Grotta del Riflettore (cave), various caves turned into terraces along the valley, an artillery station, and the rebuilt barracks of the Predabusa command. Continue on the main path until you reach a bend in the Corno road. Take the stepped path on the right and continue until you reach the rocky Predabusa ridge. Follow the ridge until you get to an illustrative bulletin board. To the right, you can enter Predabusa station, where a short path leads to the top of the same. Continuing straight ahead will lead you to a viewpoint on Lake Loppio. Descend into the forest and continue along the trail before taking the downhill path that leads past two small cisterns. Just below you will cross through the forest again, descending down through some terraced areas. A coastal path will lead you to the long, well-structured trench of Arco. When descending down the wide path, the route overlaps the outbound path for a dozen metres. You should leave this track immediately and turn right at the fork. You will pass several cisterns for collecting water. Continue up the steep staircase and into the forest. Follow the path downhill. After two hairpin bends, you will see a cistern on the left and a set of steps. From here, head uphill and you will find yourself near the top of the Perlone Trail, which you can take down to Nago.

Descend downhill on the right along the path that follows a narrow canal until it reaches a junction that leads to Salina rifle station after a few metres (if you take the left). After continuing downhill along the canal, immediately take the path to the right that leads to Perlone artillery station. After continuing downhill, you will reach a dirt road. Take a left here and you will reach a large meadow. Take the downhill path along the eastern edge of the meadow, which leads to the last point on the trail. The path continues downhill into the woods. Keep left at the fork, crossing the southern slopes of Mount Corno. Be careful when traversing this short section of trail, which is equipped with a handrail. Watch out for stones falling from the cliff walls above. You are not allowed to stop here, and we recommend completing this stretch of the trail (around 50 metres) quickly.  After 300 metres, you will come to a steep asphalt road that descends to Nago from the locality of San Tomè. Take a right and descend back down to the car park.

The towns in Garda Trentino - Riva del Garda, Nago-Torbole sul Garda and Arco – are connected by several urban and intercity bus lines which will take you to the starting point or in the immediate surroundings.

For up-to-the-minute information on timetables and routes

The car park “al Coel” in Nago, which is accessed from the roundabout, or in Via Castel Penede.

Make sure you're wearing the right footwear for the trail and season. The going can get rough and rocky underfoot and a pair of hiking boots will protect you from sprains.

When wet, a grassy slope, rocky slab or steep trail can be dangerous unless you are wearing the proper footwear.